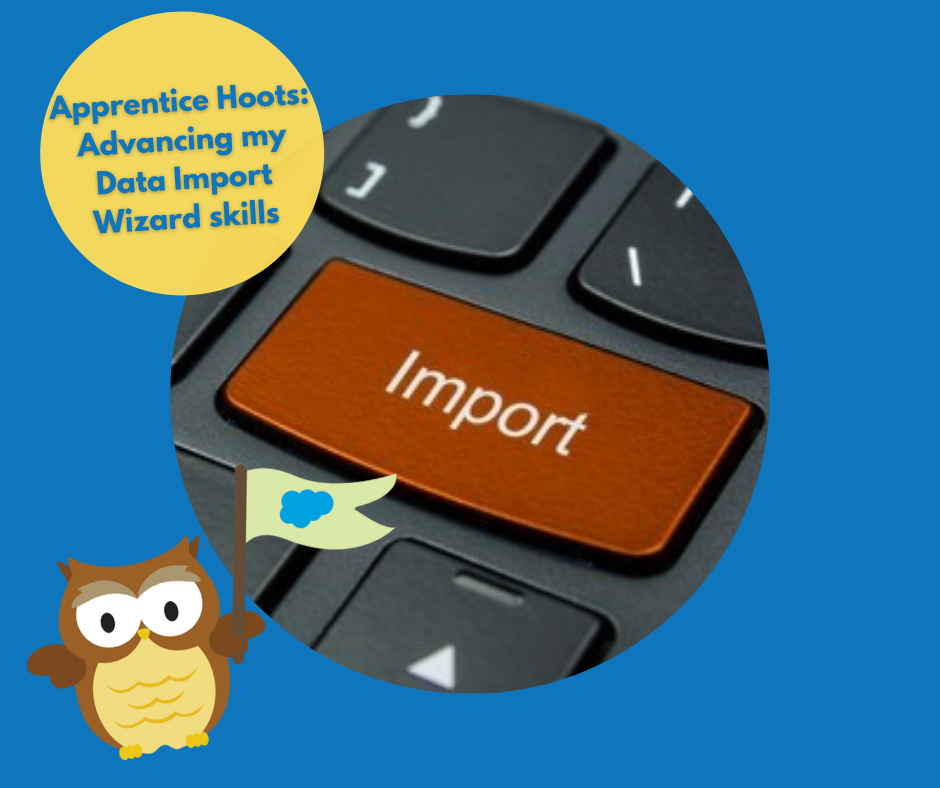 Charlotte was recently called upon to help out with a customer project that involved intricate data uploads. Discover more about the project and how Charlotte managed the process in the latest Apprentice Hoots blog.

Paul required my support on a data import task for one of our medical equipment supplier customers. Initially I thought that this would be a piece of cake having done lots of data imports previously into Salesforce. Little did I know that this was a bit more complicated than the usual upload process, as this was a data load into an AscentERP managed package. AscentERP is an enterprise resource planning application that provides solutions for inventory management, order management, and reverse logistics applications.

I wanted to share with you the steps that I took in doing this particular data import into an AscentERP managed package and what I would do differently to help you if you are on the same journey and require our assistance.

The first step in the process is to prepare the data to be loaded into the system. This involved transforming the data in the spreadsheet to match where it would belong in the system. I did this by the following:

Following the data cleansing process, the next step was to import the data into the system. I used the Data Import Wizard, which is a standard feature in the Salesforce setup, to import all of the ‘parent records’ into the ‘parent object’. This was just a regular upload into the ‘items groups’ object.

After importing the ‘parent object’ spreadsheet, it was important to ensure the ‘child records’ were linked to the parent record. What I originally did was change the ‘item group name’ on the spreadsheet to the Salesforce ID that was now in the system. I did a data upload specifying the ‘Master Detail Relationship’ to be the Salesforce ID. When you are doing an upload with a ‘Master Detail Relationship’ make sure to specify which column on the spreadsheet you would like to map against the lookup field as shown below:

Importing records and connecting to groups

Finally, once the ‘item groups’ were in place the next step was to import the items in conjunction with the ‘item groups’. Upon reflection, I recognise that this time around I didn’t necessarily need this as IDs and therefore did a simple import with a look up to the Salesforce ‘item group name’.

Updating an existing field on 4000+ records

With the 4000+ records now successfully uploaded into the system, an action was needed to update a field across EVERY item record. I used Data Import Wizard’s ‘Update existing records’ feature, which provided a simple method to update a large quantity of records quickly and accurately.

What did not work and what would I do differently?

After having completed a few data import tasks, I have had the opportunity to grow in confidence and knowledge and would like to share with you the knowledge I have learnt.

I have enjoyed how far my data import skills have developed from being a daunting task, to something I am now very comfortable doing. Hopefully, this blog can help you in becoming comfortable when doing a data import too.